The Scientific Body of Knowledge - Whose Body Does it Serve? A Spotlight on Women's Brain Health 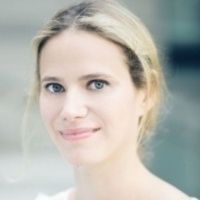 Watch Livestream of event on Tuesday, Oct 26 at 4pm.

Since its inception, the biomedical sciences have centered the male body as the paragon of biology, while casting aside the female body as unworthy of study or, worse, unknowable. In short, the culture of science exalted ‘male’ as the norm and ‘female’ as abnormal. Until the passage of the NIH Revitalization Act, women rarely participated in clinical trials, and to this day female animals are excluded from the majority of preclinical studies on the etiology, prevention, and treatment of human diseases. One consequence is that ~80% of drugs and medical devices removed from the market by the FDA are done so because of adverse effects in women.

This lecture considers the intersection between gender equity in STEM and the status of women’s health - not as concurrent phenomena, but connected ones. According to a report issued last year in Nature, half of all female scientists in the United States leave full-time science after having their first child. This exodus isn’t just about the cost to women. It’s about the cost to science and the general good. What are the chances that a major scientific breakthrough will occur when the pool of highly trained scientists is cut in half? We will examine the critical ways in which progress in women’s health has suffered from the lack of female representation in the fields of medicine and health, with an emphasis on neuroscience. We end by highlighting emerging research programs, public policy changes, and private sector funding opportunities that position the female body as equal to the male, and by doing so are opening up new frontiers for understanding health and disease.

Emily Goard Jacobs is an Associate Professor of Psychological & Brain Sciences at UCSB. She received her Ph.D. in Neuroscience from Berkeley and her B.A. in Neuroscience from Smith College. Prior to UCSB, she was an Instructor at Harvard Medical School and the Department of Medicine/Division of Women's Health at Brigham & Women's Hospital. She's been named a Hellman Fellow, a Robert Wood Johnson Foundation Health and Society Scholar, and a Kavli Fellow by the National Academy of Sciences for “distinguished young scientists under 45.” In addition to her research, Dr. Jacobs advocates for diversity in science at the national and international level. Her lab regularly partners with K-12 groups to advance girls' representation in STEM, work that was featured in the book “STEMinists: The Lifework of 12 Women Scientists and Engineers”. Her research will be highlighted in an upcoming Netflix limited series on women's health.