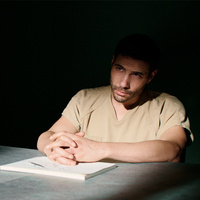 The Mauritanian (2021) is the first feature film to dramatize how the “war on terror” became a war in court. The film is based on Mohamedou Ould Slahi’s autobiography Guantánamo Diary, which originated in letters he wrote to attorney Nancy Hollander (Jodie Foster) about his experiences while in US custody. The memoir was published in heavily redacted form while Slahi was still imprisoned. In addition to the standard operating torture that other Guantánamo detainees experienced, Mohamedou endured seventy days of “special measures,” which included being taken out to sea in a boat and threatened with drowning. The Mauritanian is a powerful tale of injustice and redemption.

Mohamedou Ould Slahi (author of Guantánamo Diary) will join moderator Lisa Hajjar (Sociology, UCSB) for a discussion of his role in the making of this film, and in exposing one of America’s darkest secrets. Please note that this event will not include a screening.  The first 100 guests to register for this event will receive a link to stream The Mauritanian two days in advance of the event.