The Crisis in Karabagh: Causes and Consequences 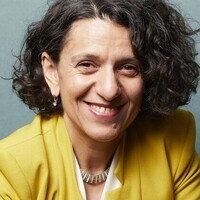 Please join the Office of Diversity, Equity, and Inclusion and the Office of the Vice Chancellor for Sutdent Affairs for a presentation by Dr. Anna Ohanyan, titled, "The Crisis in Karabagh: Causes and Consequences."

Anna Ohanyan is the Richard B. Finnegan Distinguished Professor of Political Science and International Relations at Stonehill College, and two-time Fulbright Scholar to South Caucasus. She has authored and (co)-edited four books, which include Russia Abroad: Driving Regional Fracture in Post-Communist Eurasia and Beyond, an edited volume published by Georgetown University Press in 2018, and Networked Regionalism as Conflict Management published by Stanford University Press in 2015. Her co-edited volume with Laurence Broers, Armenia's Velvet Revolution was released this September with Bloomsbury Press. She has published in numerous academic journals, and also contributed to Washington Post, Foreign Policy magazine, Al Jazeera, The National Interest, and Wilson Quarterly. Her research has been supported by the Kennedy School of Government at Harvard University, IREX, the Woodrow Wilson International Center for Scholars, and the German Marshall Fund, among others. She served as a consultant for the U.S. State Department, the National Intelligence Council Project/Maryland University, the United Nations Foundation, the World Bank, the Carter Center, and USAID. Her work has taken her across the globe, from Northern Ireland to the Balkans, Russia, and the South Caucasus.

Pre-registration is required for this event. A Zoom link will be provided prior to the event
for confirmed registrants.