The Cheat, The Spoilsport, and the Virtuoso 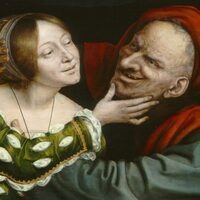 There’s a lot to like about Locke’s assertion that “there can be no Recreation without Delight, which depends not always on Reason, but oftener on Fancy.” It’s especially heartening to see him recognize the organic and improvisatory qualities of playfulness. But his assertion also raises a number of questions about not only the origins of play but also its social and cultural characteristics. After all, the cultural category of fancy was (and to some extent remains) one of the wilder regions of the emotional and intellectual landscape. Consider, for instance, the stark contrast Locke strikes between it and reason. Consider, too, the expectation that fancy could just as easily interact with its counterpart, an expectation to which earlier modern European texts on games and play attest. But if that’s the case, what forms might we expect play to take? Reason could lead one in a couple of different directions, a dynamic that fancy only compounds with its inherent unruliness. Given that volatility, one might also ask what sort of players we could anticipate encountering. This talk will offer some preliminary thoughts on the matter. Sixteenth-century sources will figure especially prominently, though Locke does get his say. The end goal is to explore how people conceived of the cheat, the spoilsport, and the virtuoso in visual and material cultures of early modern Europe.
Dr. Bret Rothstein’s research interests include the history and theories of play and visual jokes and games, especially in northern European art of the fifteenth to seventeenth centuries. Dr. Rothstein received his Ph.D. in Art History from UCSB in 1998.