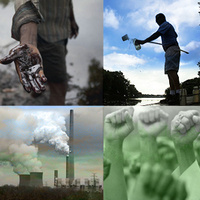 This talk argues that environmental justice movements are freedom struggles. Beginning with the starting point that unjust environments are rooted in racism, capitalism, militarism, colonialism, land theft from Native peoples, and gender violence, the talk frames environmental justice as particularly significant in the moment of danger that we are currently facing. It is drawn from a forthcoming book that examines activism at Standing Rock, in Flint and the Central Valley, and in the wake of Hurricanes Katrina and Maria.
Julie Sze is Professor of American Studies at UC Davis. She is also the founding director of the Environmental Justice Project for UC Davis’ John Muir Institute for the Environment. Sze’s research investigates environmental justice and environmental inequality; culture and environment; race, gender and power; and urban/community health and activism.
Sponsored by the IHC’s Social Securities series and the Harry Girvetz Memorial Endowment