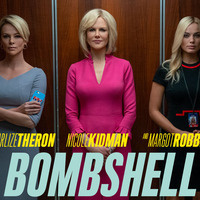 Based on real events, Bombshell (2019) tells the story of the women who brought down the man who created Fox News, and offers a revealing look inside the most powerful and controversial media empire of all time. The film stars Charlize Theron as Megyn Kelly, Nicole Kidman as Gretchen Carlson, Margot Robbie as Kayla Pospisil, and John Lithgow as Roger Ailes.
Director/Producer Jay Roach will join moderator Matt Ryan for a post-screening discussion.
This event is free but a reservation is recommended in order to guarantee a seat.
Tickets will be released on Wednesday, November 13 at 11:00 AM.
This event is sponsored by the Carsey-Wolf Center, the Department of Film & Media Studies, the Scott Frank Fund for Screenwriting, and Lionsgate Films.
Script To Screen: Bombshell