RESEARCH FOCUS GROUP TALK: THE DIRT ON RUBBISH: WHAT DISCARD TELLS US ABOUT HOME LIFE IN ROMAN EGYPT 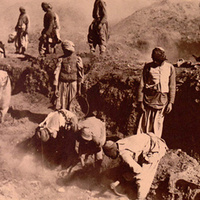 This paper explores activities of cleaning and disposing because they represent key principles of social organization. Close attention to discard behavior helps us to understand how people related to the material goods and places that once made up their object worlds – their material habitus (c.f. Meskell, 2005: 3). Human relationships to defilement, in particular, must be seen in in the context of how human identity as a rational being is established and maintained (Kristeva, 1982; Lagerspetz 2018). Unlike other social practices in the life history of settlements, rubbish disposal represents a critical component of the archaeological record (Rathje & Murphy, 2001). In this paper, I argue that a close examination of rubbish and waste depositions, along with the discarded items themselves, might be able to tell us about social values in the houses of Roman Egypt. Additionally, activities such as disposal and recycling help to reveal the complex life cycles of houses, which have typically been understood only as loci of consumption and (more recently) production.
To this end, I compare case studies of cleanliness and rubbish disposal practices from a range of Romano-Egyptian settlements, including refined evidence from recent domestic excavations (e.g. Trimithis (Roman Amheida)) as well as sites from which we have a large amount of legacy data (e.g. Karanis, Soknopaiou Nesos, Oxyrhynchus). These disposal practices are then situated within the global context of rubbish disposal. By exploring Romano-Egyptian waste disposal in a comparative manner, this paper demonstrates that rubbish can tell us an enormous amount about identity construction, the maintenance of communal traditions, and dwelling as place-making.
Sponsored by the IHC’s Ancient Borderlands Research Focus Group

RESEARCH FOCUS GROUP TALK: THE DIRT ON RUBBISH: WHAT DISCARD TELLS US ABOUT HOME LIFE IN ROMAN EGYPT