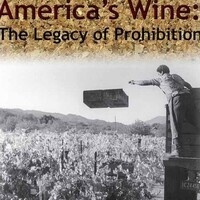 Pour a glass of wine and join the UCSB Library for a screening of America’s Wine: The Legacy of Prohibition, a documentary that offers an unprecedented overview of the legacy of National Prohibition and its continuing impact on the wine industry. The screening will be followed by a panel discussion diving into Prohibition’s effects on the Santa Barbara wine industry, how the current pandemic is actively remodeling its landscape and the Library’s role in preserving our local viticulture history. Panelists include the documentary’s Director, Writer, and Producer, Carla De Luca; Historical Advisor, alumni, and creator of the UCSB Victor Geraci Viticulture Endowment, Dr. Victor Geraci; and Winemaker, alumni, and owner of Melville Winery, Greg Brewer.

Marking the 75th Anniversary of Prohibition’s Repeal, the documentary brings to life never-before-seen archival photographs and film clips, and features nearly forty interviews including those who experienced Prohibition, historians, winemakers, members of Congress, and public policy experts. Among those filmed are Kevin Starr, California Librarian Emeritus, Leon Panetta, former Chief of Staff for President Bill Clinton, as well as legendary winemakers Brother Timothy, Robert Mondavi, and Ernest Gallo. The interviews chronicle the rebuilding of the wine industry and the emergence of a new American wine culture.