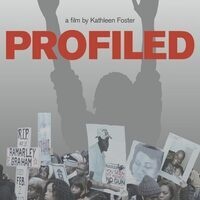 This powerful documentary knits the stories of mothers of Black and Latino youth murdered by the NYPD into a powerful indictment of racial profiling and police brutality. Ranging from the routine harassment of minority students in an affluent Brooklyn neighborhood to the killings and protests in Staten Island and Ferguson, Missouri, PROFILED bears witness to the racist violence that remains an everyday reality for Black and Latino people in this country. 54m.