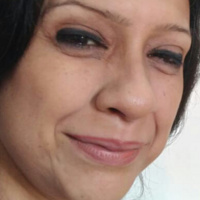 In Elementary Aspects of the Political (2020), Professor Prathama Banerjee moves beyond postcolonial and decolonial critiques of European political philosophy to rethink modern conceptions of "the political" from the perspective of the global South. Drawing on Indian and Bengali practices and philosophies from the late nineteenth and early twentieth centuries, Banerjee identifies four elements of the political: the self, action, the idea, and the people. She examines selfhood in light of precolonial Indic traditions of renunciation and realpolitik; action in the constitutive tension between traditional conceptions of karma and modern ideas of labor; the idea of equality as it emerges in the dialectic between spirituality and economics; and people in the friction between the structure of the political party and the atmospherics of fiction and theater. Throughout, Banerjee reasserts the historical specificity of political thought and challenges modern assumptions about the universality, primacy, and self-evidence of the political. In formulating a new theory of the political, Banerjee gestures toward a globally salient political philosophy that displaces prevailing Western notions of the political masquerading as universal.

Dr. Prathama Banerjee is Professor at the Centre for the Study of Developing Societies in Delhi, India. A historian and a political theorist. she is the author of Politics of Time: "Primitives" and History-Writing in a Colonial Society (2006), where she looked at the emergence of the modern discipline of history in colonial Bengal from an encounter with ‘peoples without history’ - tribes, aborigines, primitives - as they were variously called. She mapped this encounter in different discursive and material sites. Currently Dr. Banerjee is engaged in a study of the career of political ideas and concepts in India – as they emerge in the cusp of philosophy, religion, history and literature and across the ancient, medieval and modern periods – and asks if it is possible to think across time from within the discipline of history. She is also interested in the emergent futures of democracy in the digital cum viral age.