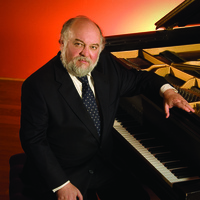 Recognized as being “in the royal class of Schubert interpreters” by the Sunday Times (London), Professor Paul Berkowitz will present a recital featuring works by Wolfgang Amadeus Mozart, Francis Poulenc, and Franz Schubert on Friday, October 29, 2021 at 7:30 pm in Lotte Lehmann Concert Hall on the UC Santa Barbara campus.

UCSB is moving to mobile ticketing via the AXS app! AXS Mobile ID digital tickets are tickets you use with your phone—like e-tickets or mobile tickets from an airline or movie theater—and they make getting in easier than ever.

See our Ticket Office Information page for more detailed instructions on how to purchase tickets, use your tickets to enter an event, and transfer tickets. Print-at-home tickets are no longer an option and paper tickets will no longer be sold at the door.

Our commitment to your health and safety

The Department of Music is committed to the health and safety of our students, faculty, staff, and community members as we return to live, in-person events. Protocols for attending in-person events will be developed at the discretion of the department and in conjunction with the evolving university, county, and state health guidelines, and are subject to change over the course of the academic year. The Department of Music will endeavor to keep patrons informed of any changes to safety protocols with as much notice as possible.

Per university guidance, masks are required in indoor spaces at all times, regardless of vaccination status. Patrons must bring and wear their own face coverings that fully cover both the nose and mouth. Masks are also strongly encouraged at outdoor venues, particularly where social distancing is not an option. Patrons may be asked to leave a venue if they are not adhering to Department of Music health and safety guidelines.

For this event, the performer will not be wearing a mask, but will have tested negatively for COVID-19 during the preceding 72 hours to be in compliance with the university's COVID-19 policy for performers.

Paul Berkowitz has recorded the complete Piano Sonatas of Schubert for Meridian Records to worldwide acclaim. He was described by the Sunday Times (London) as being “in the royal class of Schubert interpreters” and his CD recordings of the Last Three Schubert Piano Sonatas were included among the same newspaper’s Records of the Year. His recording of Schumann’s Kreisleriana was selected by BBC Radio Record Review as the best of all available recordings. He has also released a series of three CD recordings of Brahms Piano Music. BBC Music Magazine reviewed Vol. II commenting, "...praise to Meridian, which has in the Canadian pianist Paul Berkowitz an artist who isn't shy of taking on the kind of repertoire traditionally the preserve of more internationally high-profile artists. Rightly so, for he has a voice, a musicality, a bigness of pianism distinctively his own...his integrity is commanding, his stylistic authority convincing and his refusal merely to play the notes impressive."

Mr. Berkowitz recently recorded the Schubert Impromptus, Moments Musicaux, and other repertoire as the final two volumes of his 9-CD cycle of major works for piano by Schubert for Meridian, which he began in 1984. The two new CDs are available in the US at naxosdirect.com/labels/meridian-records-ltd-5571. All earlier volumes are being reissued along with the two new recordings as Schubert Piano Works Vols. 1-9.

Mr. Berkowitz, a native of Montreal, Canada, is a graduate of McGill University and of the Curtis Institute, where he studied with Rudolf Serkin. He lived in Britain for 20 years appearing frequently at the Queen Elizabeth and Wigmore Halls and on the BBC, as a soloist with major orchestras in Britain and Canada and at music festivals in Belgium, Denmark, England, Scotland, France, Italy and Spain. Mr. Berkowitz left the Guildhall School of Music in London, where he had been a professor since 1975, to join the music faculty at the University of California, Santa Barbara in 1993, where he is Professor of Piano and served as Chair of the Department of Music 2007-12. He has been invited to present master classes at major conservatories, universities and festivals, and his students have won prizes in numerous competitions, including the BBC Young Musician of the Year (Thomas Adès), the International Piano Competition Palma d'Oro in Italy, the Bradshaw and Buono International Competition in New York, and the Los Angeles Liszt Competition and have gone on to have concert and academic careers of their own in Europe, North America and Asia.