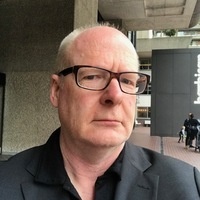 In this paper I will discuss the recent work of playwright and director Okada Toshiki (born 1973) and his theatre group chelfitsch. Okada is one of Japan’s most important artists working in the contemporary performance scene. His work is known for its innovative dramaturgy: for its colloquial and fragmented postdramatic texts and estranged, distended use of gesture and the body of the actor as site of exposure. He is also working with media and design elements and regularly collaborates with visual artists and musicians. Thematically his work explores the emptiness of life in Japan after the end of the bubble economic ‘boom time’ of the 1980s – and life in the hyper-capitalist world more generally. Moreover, since the Fukushima ‘triple disaster’ in March 2011, Okada’s performances have addressed existential and biopolitical questions that have great bearing on how we live today and on what terms. To this end, my paper will offer an analysis of Okada’s Eraser series (2020-21) made in collaboration with the sculptor Kaneuji Teppei – as a laboratory for an ecological theatre.

Theatre has been linked to ecology since the 1960s and ecological praxis and ecocriticism are now at the forefront of scholarly work, activism, science and politics, as well as in the arts. Theatre can be both thematically about ecological themes, offering stories highlighting environmental crisis, for example, and it is also materially made from the reactive, transforming properties that define an ecological system. Increasingly artists and scholars have begun to think about and create theatre in terms of assemblages, material cultural forms, slow dramaturgy and non-human forms. Hence, Okada’s Eraser series begins with the question: ‘Can we use theatre to present a world in which people and objects are completely equal, rather than trapped in their usual subservient relationship?’ (Okada 2020).

The Eraser series is three dramaturgical linked nonlinear, mixed media art works that place chelfitsch actors in a forest of objects and continually defamiliarize and flatten their presence. The motivation for the work was Okada seeing a mountain literally erased and transported to the Fukushima region to fortify the landscape against future disasters. In my paper, I read this work in relation to Kohso Sabu’s Radiation and Revolution (2020) in which he argues that Fukushima has ‘become a big laboratory for testing the endurance of individuals and communities to radioactive contamination’ (Kohso 2020, 108). My point is that, if, as Kohso says, post-disaster Fukushima is a laboratory for the nuclear industry and for the biopolitics of living in a time of environmental collapse, then what is the Eraser series? I will explore Okada and Kaneuji’s work in a similar vein, as a laboratory for an ecological theatre and showing where theatre might need to go in the future.

Peter Eckersall is Professor and Executive Officer in the PhD program in Theatre and Performance at the Graduate Center, City University of New York and is a Professorial Fellow, University of Melbourne. Recent publications include: Machine Made Silence (ed. with Kristof van Baarle, 2020), The Routledge Companion to Theatre and Politics (ed. with Helena Grehan, 2019), New Media Dramaturgy (co-authored with Helena Grehan and Ed Scheer, 2017), and Performativity and Event in 1960s Japan (2013). He was co-founder/dramaturg of Not Yet It’s Difficult.  Recent dramaturgy includes: Everything Starts from a Dot (Sachiyo Takahashi, LaMama), Phantom Sun/Northern Drift (Alexis Destoop, Beursschouwburg, Riga Biennial).