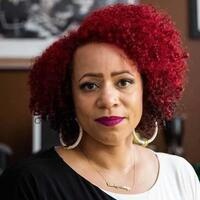 "Sweeping, provocative and personal... [Hannah-Jones] seeks to place the enslavement of Africans at the center of America’s story, prompting public conversation about the nation’s founding and evolution." – Pulitzer Prizes

Awarded a MacArthur Fellowship for "reshaping national conversations around education reform," Nikole Hannah-Jones is the creator of The New York Times Magazine's The 1619 Project, about the history and lasting legacy of American slavery, for which her powerful introductory essay was awarded the Pulitzer Prize for commentary. She's also won a Peabody, two George Polk Awards and the National Magazine Awards three times. Hannah-Jones covers racial injustice for The New York Times, and has spent years chronicling the way official policy has created – and maintains – racial segregation in housing and schools. Her deeply personal reports on the Black experience in America offer a compelling case for greater equity.

This presentation will be followed by a Q&A with the audience.

I thoroughly enjoyed Nikole Hannah-Jones' presentation and the opportunity to listen to this gifted, thoughtful human being. She obviously cares deeply about global affairs and has undertaken the colossal task of educating the public, writ large, about the evil of racial capitalism and chattel slavery. She came across as caring, compassionate and courageous. I commend UCSB for bringing her fearless voice to us.