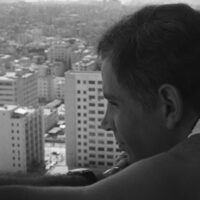 Based on Edmundo Desnoes’ novel and presented here in a new 4k restoration, Tomás Gutiérrez Alea’s Memories of Underdevelopment (1968) is a fictional meditation on disillusionment in post-revolutionary Cuba. Left behind by his wife and family, the protagonist Sergio elects to remain in Havana following the failed Bay of Pigs invasion, an historical moment that the film chooses to reflect on through Sergio’s unmoored, flâneur-like lifestyle and anomie. The Cuban capital engulfs Sergio and simmers beneath the social and political forces of the Cold War. Ramon F. Suarez’s innovative camerawork, Nelson Rodriguez’s collage-style editing, and the film’s unique critical perspective cement Memories of Underdevopment both as milestone of new wave filmmaking, and one of the most important films from Cuba and Latin America.
Maria Caridad Cumana (Miami Dade College) will join Cristina Venegas (Film and Media Studies, UCSB) for a post-screening discussion.

This event is sponsored by the Carsey-Wolf Center and the Department of Film and Media Studies.

This event is free but a reservation is recommended in order to guarantee a seat.
Tickets will be released on Tuesday, April 30 at 11:00 AM.