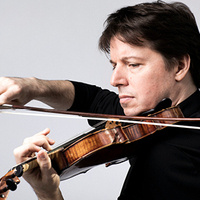 “One of the most imaginative, technically gifted and altogether extraordinary violinists of our time.” The Washington Post

With a career spanning almost four decades, Grammy-winning violinist Joshua Bell is one of the most celebrated artists of his era. Named Musical America’s 2010 Instrumentalist of the Year and an Indiana Living Legend, Bell also serves as music director of the Academy of St Martin in the Fields. He appears in recital with Peter Dugan, the “fearlessly athletic” (San Francisco Chronicle) pianist and host of NPR’s From the Top.

Presented in association with the UCSB Department of Music