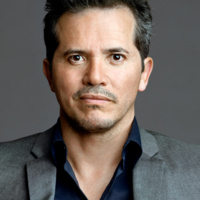 A multi-faceted performer and Emmy and Tony Award winner, John Leguizamo has established a career that defies categorization. With boundless creativity, his work in film, theater, television and literature covers a variety of genres, continually threatening to create a few of its own. Leguizamo recently starred in the hit one-man Broadway show Latin History for Morons (now a popular Netflix special), inspired by the near total absence of Latino figures in his son’s American history class. On the heels of a special 2018 Tony Award for his lifetime body of work as both a playwright and performer, Leguizamo brings his irresistibly irreverent brand of comedy to a new evening inspired by his entire life story.
“Leguizamo’s brashness is back. The strut, the salaciousness and the sneaky smile are in full wattage.” – Charles McNulty, Los Angeles Times
“John Leguizamo is back, as smart, provocative, bracing – and wise – as ever.” The Huffington Post
“Harshly funny, surprisingly poignant.” The New York Times