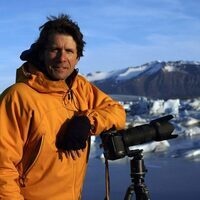 A Photographer’s Journey in the Anthropocene, free screening & lecture

Environmental hero James Balog has been tracking human-caused changes to our planet for nearly 40 years. The acclaimed photographer/filmmaker behind the documentary Chasing Ice, Balog illustrates issues ranging from rising sea levels to pollution’s impact on human health, focusing on a call for change. His new film, The Human Element, documents how the earth’s four elements – earth, air, water and fire – have all been impacted by a fifth element, homo sapiens. A scientist, adventurer and founder of the Colorado-based Extreme Ice Survey and Earth Vision Institute, Balog will give a short talk and answer questions following a screening of The Human Element. (Film running time: 76 min.)

FREE Event. Tickets will be distributed starting one hour before the event on a first-come, first-served basis.