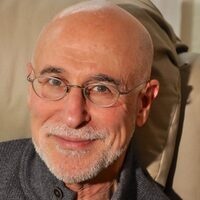 Arthur Szyk often said “Art is not my aim, it is my means.” Yet, his contemporaries praised him as the greatest illuminator-
artist since the 16th century. He saw himself as a fighting artist, enlisting his pen and paintbrush as his weapons against hatred, racism, and oppression before, during, and after World War II. As the leading anti-Nazi artist in America during the War, Szyk also created the important and widely circulated art for the rescue of European Jewry. His Passover Haggadah has been acclaimed as “worthy of being considered as one of the most beautiful books ever produced by the hand of man.” In this talk, Irvin Ungar will expose the viewer to the breadth and depth of the power, purpose, and persuasion of the great artist and the great man, Arthur Szyk.
Books will be available for purchase and signing after the talk.