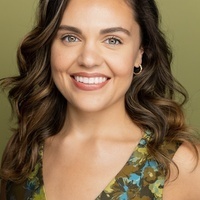 Doctoral Voice Candidate Kelly Guerra (mezzo-soprano) will present a virtual lecture recital, titled "Sagrados son los que vienen a ver a sus muertos (Blessed are those who come to see their dead): An exploration of Gabriela Lena Frank’s Conquest Requiem," on Saturday, January 23, 2021 at 4 pm. The event will be presented as a YouTube Premiere via the Department of Music’s YouTube channel. The program will include performances of "Carnaval de Tambobamba" from Frank's Cuatro Canciones Andinas, as well as "Introit: Cuicatl de Malinche" and "Rex Tremendae: Aullido de Malinche" from Frank's Conquest Requiem, all performed by Guerra and pianist Eric Sedgwick.  Guerra is a student of UC Santa Barbara Associate Professor Dr. Isabel Bayrakdarian.

Peruvian-American mezzo-soprano Kelly Guerra was noted as a “standout” in the Wall Street Journal, for her performance with the Tanglewood Music Center as Mrs. Doc in Leonard Bernstein's A Quiet Place.

In Spring 2021, Kelly will sing Zweite Dame in Lighthouse Opera's Die Zauberflöte and will sing with the Metropolitan Opera Guild. During the 2019-2020 season, Guerra was an Opera Santa Barbara Chrisman Studio Artist where she covered the roles of Suzuki in Madama Butterfly and Donna Rosa in Il Postino. Due to COVID-19 cancellations, Guerra was unable to perform the role of Stéphano in Roméo et Juliette during their season.

Guerra has been featured at the Lucerne Festival, Tanglewood Music Center, and the Bard Music Festival. Guerra has performed with a variety of ensembles including the Albany Symphony, Santa Barbara Symphony, Garden State Philharmonic, The Orchestra Now, Contemporaneous, Opera Parallèle and BluePrint.

As a first-generation American and native of Southern California, Kelly is passionate about producing projects that raise awareness and monetary aid for detained immigrants in the USA as well as performing excellent music composed by underrepresented groups. She holds her master’s in music from the Bard College Conservatory, and her bachelor’s from the San Francisco Conservatory of Music, where she graduated with an award of Vocal Excellence.