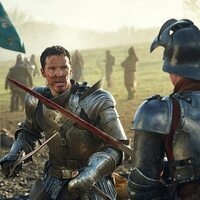 The Hollow Crown is a stunning television series comprising feature-length adaptations of William Shakespeare’s plays about the civil war that inspired Game of Thrones. Adapted for the screen by Ben Power, the series finale “Richard III” stars Academy Award-nominee Benedict Cumberbatch as Shakespeare’s iconic villain. As Richard cuts his bloody path to the throne, he’s opposed by the women whose families he’s killed: Queen Margaret (Academy Award-nominee Sophie Okonedo) and his own mother, the Duchess of York (Academy Award-winner Dame Judi Dench).

This event will not include a screening.  The Hollow Crown may be streamed in advance on Amazon Prime. The Carsey-Wolf Center will offer a free Zoom screening of the episode on Wednesday, October 6 at  7:00 PM.