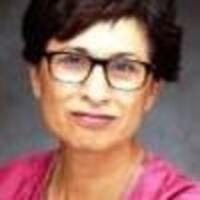 The Department of Global Studies' Colloquium Series is a lecture series, which has been made possible by the generosity of the Orfalea Endowment for the Master's Program in Global Studies.  The Colloquium Series strives to open and explore a wide range of interdisciplinary debates and their interaction and engagement with the global, hosting new guest speakers each quarter from UCSB and beyond.  The upcoming event will be hosted via Zoom on Wednesday, February 10th at 12:30pm. Zoom link is https://ucsb.zoom.us/j/84246564996 (Meeting ID: 842 4656 4996). Please see below for the featured talk:

Communal Violence and Visuality in India: Partition, 1984 and Modi’s India

This paper focuses on the visual history of what is called ‘communal’ violence in postcolonial India, examining the iconic images and events that reveal shifts in visual culture. Beginning with photographs of Partition by American journalist, Margaret Bourke-White, I move to images from 1984 pogrom against Sikhs in India and then from Gujarat in 2002 and into the present. In particular, I argue that images circulating in both social media and the ‘traditional’ media platforms reveal the complex history of the secular image, and also show the disappearance, challenge and support of this postcolonial secular visual history.

Inderpal Grewal is Professor in the Program in Women’s, Gender, and Sexuality Studies at Yale University. She is also Professor in the Ethnicity, Race and Migration Studies Program, the South Asian Studies Council, and affiliate faculty in the American Studies Program, in Anthropology and in Film and Media Studies. She is the author of Home and Harem: Nation, Gender, Empire and the Cultures of Travel (Duke University Press, 1996), Transnational America: Feminisms, Diasporas, Neoliberalisms (Duke University Press, 2005), and Saving the Security State: Exceptional Citizens in Twenty-First century America (Duke University Press, 2017). With Caren Kaplan, she has written and edited Gender in a Transnational World: Introduction to Women’s Studies (Mc-Graw Hill 2001, 2005) and Scattered Hegemonies: Postmodernity and Transnational: Feminist Practices (University of Minnesota Press, 1994). With Victoria Bernal, she has edited Theorizing NGO’s: States, Feminism and Neoliberalism (Duke University Press, 2014). Currently she is working on projects addressing the resurgence of patriarchal authoritarian governments globally, the rise of gendered violence, and feminist movements resisting such violence.