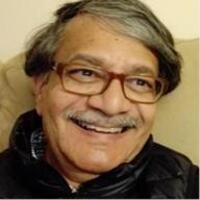 The Department of Global Studies' Colloquium Series is a lecture series, which has been made possible by the generosity of the Orfalea Endowment for the Master's Program in Global Studies.  The Colloquium Series strives to open and explore a wide range of interdisciplinary debates and their interaction and engagement with the global, hosting new guest speakers each quarter from UCSB and beyond.  The upcoming event will be hosted via Zoom on Wednesday, June 2nd at 12:30pm. Zoom link is https://ucsb.zoom.us/j/84246564996 (Meeting ID: 842 4656 4996). Please see below for the featured talk:

Raag Darbari, a work in vernacular fiction based in an imaginary village, Shivpalganj in Uttar Pradesh, is an important story of rural India, local politics and administration. Srilal Shukla’s fiction mimics a village in rural India; its local institutions: the college, the village council and the cooperative. He depicts with dexterity the politics of the local elite that manages to not only subvert the developmental state and administration, but also make it a hub of clientelism, parochialism and corruption. The novel has multiple insights for a student of public administration, development and politics. Written in 1968, two decades after independence, it was perhaps the first critique of the developmental state, its bureaucracy and the democratic institutions of the country, served with black humor and irony. It questioned the institutions and values on which the new nation was built, and provided a mirror to the reality of everyday disruption. The political and administrative narrative of Shivpalganj mocked the dominant Weberian and Wilsonian concept of public administration. It showed that it was the local politics and its interplay with local institutions that was at the center of everyday administrative reality and local state craft, disbursing development and justice to the people. It was not just the formal administrative and political structure devised by the state but also informal institutions that determined the nature of state directed development. As we go about addressing concerns of state capacity and governance around the world, should we be limited to rational Weberian institutional reforms or step into the irrational political space that counters hegemony and democratizes the processes of everyday administration and governance?

Satyajit Singh is Professor in the Department of Political Science and the Department of Global Studies. His academic work is in rural India and policy work on state capacity and governance in the Asia-Pacific region for the World Bank and the UNDP inspired an examination of this vernacular novel. His last book is The local in governance: Politics, decentralization & environment (OUP 2016).