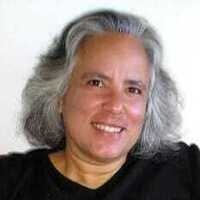 The Department of Global Studies' Colloquium Series is a lecture series, which has been made possible by the generosity of the Orfalea Endowment for the Master's Program in Global Studies.  The Colloquium Series strives to open and explore a wide range of interdisciplinary debates and their interaction and engagement with the global, hosting new guest speakers each quarter from UCSB and beyond.  The upcoming event will be hosted via Zoom on Wednesday, May 5th at 12:30pm. Zoom link is https://ucsb.zoom.us/j/84246564996 (Meeting ID: 842 4656 4996). Please see below for the featured talk:

The central question addressed in this presentation is whether it makes sense to see the recent global wave of protests as the initial stages of a decades-long period of escalating social protests and revolutions, analogous to that which characterized the transition to British hegemony (in the late 18th and early 19th century) and the transition from British to US hegemony (in the first half of the 20th century). Drawing on a major new database compiled by the Global Social Protest Research Working Group at the Arrighi Center at Johns Hopkins University, the paper examines the relationship between the rise/decline of world hegemonies and rise/decline of global social protest, as well as the changing composition of protest over time. Our preliminary conclusion is that we have entered a long period of worldwide social unrest, revolts and revolutions with important analogies with past hegemonic transitions; however, resolutions that worked (at least temporarily) to contain previous waves of unrest are no longer sufficient in the early 21st century phase of historical capitalism; most notably due to the ecological limits of mass production/consumption capitalism, transformations in the nature of warfare, and the changing balance of power between global North and global South.

Beverly J. Silver is Professor of Sociology and the Director of the Arrighi Center for Global Studies at Johns Hopkins University.  She is author of Forces of Labor: Workers’ Movements and Globalization since 1870 (which won the Distinguished Scholarly Book Award from the American Sociological Association and has been translated in over 13 languages). She is also co-author of Chaos and Governance in the Modern World System (with Giovanni Arrighi et al.). Among her recent articles are “Plunges into Utter Destruction and the Limits of Historical Capitalism” (2019) and “Crises of World Hegemony and the Speeding Up of Social History” (2021). This presentation will focus on new findings from her NSF-funded project entitled “Economic and Geopolitical Crises and Waves of Social Unrest, 1851-present".