Global Studies Colloquium: "An (im)modest proposal? Global theory for tough – and not so tough – times" 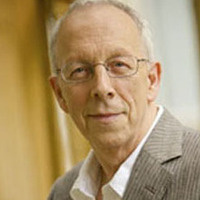 The Department of Global Studies' Colloquium Series is a lecture series, which has been made possible by the generosity of the Orfalea Endowment for the Master's Program in Global Studies.  The Colloquium Series strives to open and explore a wide range of interdisciplinary debates and their interaction and engagement with the global, hosting new guest speakers each quarter from UCSB and beyond.  The upcoming event will be hosted via Zoom on Wednesday, November 4th at 12:30pm. Zoom link is https://ucsb.zoom.us/j/84246564996 (Meeting ID: 842 4656 4996). Please see below for the featured talk:

An (im)modest proposal?  Global theory for tough – and not so tough – times

This paper is located in the current frisson of debate over whether we are in the throes of a process of de- or re-globalization. In particular it addresses key issues for scholarship on globalization as these are broached in Steger and James’ recent volume Globalization Matters, where the authors propound an “engaged” theory of globalization. It identifies four such issues. First, should we be wary of the lure of seeking an integrated theory of globalization, with all that this implies? “Integrated” is a seductive but vague and loaded term in the lexicon of global (or any) theory, and has to be weighed. Second, must caution over integrated theory extend to being leery about the prospects for generating systematic knowledge of the global? Third, how engaged is “engaged”, in what for many academics is first and foremost a strategic or normative, rather than an empirical-analytic enterprise? Finally, can one take the full measure of these times – any times - by focusing solely, or even mainly on dislocation? The paper concludes with an (im)modest proposal aimed at promoting an inclusive approach to globalization scholarship.

Barrie Axford is Professor Emeritus in political science at Oxford Brookes University, where he was founding Director of the Centre for Global Politics Economy and Society. He is interested in global theory, processes of globalization, and the framing of politics by digital media. His books include The Global System (1995); Theories of Globalization (2013); The World-Making Power of New Media: Mere Connection? (2018) and Populism versus Globalization (2020). He has co-edited Rethinking Ideology in the Age of Global Discontent, with Gulmez, B and Gulmez, D (2018) and Political Sociologies of the Cultural Encounter, with Brisbourne, A, Halperin, S and Lueders, C (2020). He is guest editor for a Special Forum of the journal Globalizations on Is an Integrated Theory of Globalization Possible, and is it Desirable? (December 2020) and guest co-editor (with Manfred Steger) of the 2021 volume of the journal Protosociology, on Populism and Globalization. HIs work has been translated into 8 languages. He is currently starting work on the Indifferent Globalities of viruses, Big Data and AI.