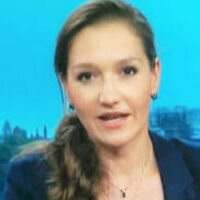 The Department of Global Studies' Colloquium Series is a lecture series, which has been made possible by the generosity of the Orfalea Endowment for the Master's Program in Global Studies.  The Colloquium Series strives to open and explore a wide range of interdisciplinary debates and their interaction and engagement with the global, hosting new guest speakers each quarter from UCSB and beyond.  The upcoming event will be hosted via Zoom on Wednesday, October 13th at 12:30pm. Zoom link is https://ucsb.zoom.us/j/84246564996 (Meeting ID: 842 4656 4996). Please see below for the featured talk:

Anastasia Nesvetailova is Director of Macroeconomic and Development Policies Branch (UNCTAD) and a Professor of International Political Economy at City, University of London.

Anastasia's first monograph, Fragile Finance: Debt, Speculation and Crisis in the Age of Global Credit (Palgrave 2007) developed a Minskyan analysis of financial fragility and crises in the late 1990s. Her second monograph, Financial Alchemy in Crisis: The Great Liquidity Illusion (Pluto 2010) focuses on the elusive concept of 'liquidity' in global finance, and on its role in the global financial crisis of 2007-2009. Anastasia is the author of numerous academic and media articles on financial crises and the role of the financial sector in the economy. She is currently working on the political economy of financial innovation, systemic risk, shadow banking and wealth management. In 2015-2016 Anastasia served as a member of the Economic Advisory Panel to the Shadow Chancellor of the UK, John McDonnel, MP. Since 2017 she has served as an economic adviser to the Commission on Economic Justice (CEJ) of the IPPR. Prof. Nesvetailova is a member of the International Academy of Financial Crime Litigators and has been advising international organizations (OECD, UNCTAD) on global financial reform and illicit financial flows.

Anastasia’s main research focuses on the political economy of finance. She has published widely on issues of financial instability and regulation, including three monographs (Fragile Finance: Debt, Speculation and Crisis in the Age of Global Credit, 2007; Financial Alchemy in Crisis: The End of Liquidity Illusion, 2010; and Sabotage: The Business of Finance, 2020, with Ronen Palan), as well as numerous academic and policy articles on finance, crises, and financial governance