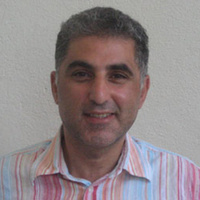 The Department of Global Studies' Colloquium Series is a lecture series, which has been made possible by the generosity of the Orfalea Endowment for the Master's Program in Global Studies.  The Colloquium Series strives to open and explore a wide range of interdisciplinary debates and their interaction and engagement with the global, hosting new guest speakers each quarter from UCSB and beyond.  The upcoming event will be hosted via Zoom on Wednesday, October 6th at 12:30pm. Zoom link is https://ucsb.zoom.us/j/84246564996 (Meeting ID: 842 4656 4996). Please see below for the featured talk:

I know that many postcolonial scholars hate any use of the concept of universalism, mainly because of its problematic history. For me, however, there can be no science, nor a global understanding of our world, without admitting the universality of certain concepts (e.g., social class, democracy, and citizenship) and values (e.g., human rights and gender equality). But, if we want, at the same time, to be soft universalist and contextualist, how do we reconcile the local and the universal? There are three conditions for a concept to be softly universal. First, it is the outcome of a quasi-crosscultural consensus, rather than the result of generalizing or universalizing values embedded in a Euro-American context. Second, it is not a teleological concept, but a historical experience that gets its normativity as a result of a collective historical learning process (inherently open-ended). Third, its universality is impossible except as an imaginary, a general wide flexible concept, rather than a model to be exported. I will bring some examples on how many sociologists are practicing tough universalism that does not respect three above conditions and show some good examples of soft universalism.

Sari Hanafi is a Professor of Sociology, Director of Center for Arab and Middle Eastern Studies and Chair of the Islamic Studies program at the American University of Beirut. He is the President of the International Sociological Association. Recently he created the ‘Portal for Social impact of scientific research in/on the Arab World’ (Athar). He was the Vice President of the board of the Arab Council of Social Science. He is editor of Idafat: The Arab Journal of Sociology (Arabic). Among his recent books are The Oxford Handbook of the Sociology of the Middle East, Knowledge Production in the Arab World: The Impossible Promise (with R. Arvanitis). He is the winner of 2014 Abdelhamid Shouman Award and the 2015 Kuwait Award for social science. In 2019, he was awarded an Honorary Doctorate of the National University of San Marcos (the first and the leading university in Lima, Peru, established 1551). His website https://sites.aub.edu.lb/sarihanafi/