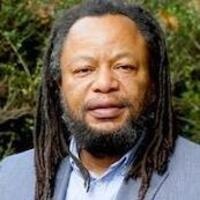 The Department of Global Studies' Colloquium Series is a lecture series, which has been made possible by the generosity of the Orfalea Endowment for the Master's Program in Global Studies.  The Colloquium Series strives to open and explore a wide range of interdisciplinary debates and their interaction and engagement with the global, hosting new guest speakers each quarter from UCSB and beyond.  The upcoming event will be hosted via Zoom on Wednesday, March 10th at 12:30pm. Zoom link is https://ucsb.zoom.us/j/84246564996 (Meeting ID: 842 4656 4996). Please see below for the featured talk:

Ricado Jacobs, Rethinking the agrarian question in the 21st century

The agrarian question in the 20th and early 21st century has been the subject of sharply polarized debates. These debates, often Eurocentric in scope and focus, approach agrarian change through the over-determined category of ‘agrarian transition’; that is, the generalization of capitalist relations. The unintended consequence is to naturalize ‘primitive accumulation’ or ongoing dispossession, particularly in settler colonial societies. Strikingly, these debates often ignore the differential weight and effect of race, class, indigeneity, ethnicity and gender. In response to historical and ongoing racialized dispossession, we are witnessing a global explosion of insurgent agency from below including the Zimbabwe fast track land reform, the Zapatista movement, No Dakota Access Pipeline (#NoDAPL) Movement, Amadiba Crisis Committee against Australian Mining in South Africa, amongst others. The self- activity and independent self-organization of subaltern classes globally are important building blocks for rethinking anti-capitalist agrarian change; however, it has received limited attention of scholars with a few notable exceptions. The talk seeks to redress this lacuna by rethinking the agrarian question grounded in the self-activity and insurgent agency of subaltern classes.  This shifts our analytic lens away from the mechanistic, linear, stageist approach that has narrowed the parameters in which the agrarian question has been debated.

Ricado Jacobs is Assistant Professor in the Department of Global Studies at the University of California Santa Barbara. His research focuses on the global political economy of urbanization, ecology and agrarian change, with a focus on Africa.  His work examines how global capitalism and class struggle shapes race, ethnicity, indigeneity, gender and class at the local and global level. His current book project The Agrarianization of Urban Space: Historicizing the Insurgent Present in Southern Africa examines how agrarian class structures get mapped onto urban space, reconfiguring the urban ecological landscape and giving rise to a new urban agrarian politics.