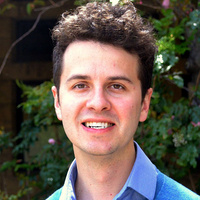 The Department of Global Studies' Colloquium Series is a lecture series, which has been made possible by the generosity of the Orfalea Endowment for the Master's Program in Global Studies.  The Colloquium Series strives to open and explore a wide range of interdisciplinary debates and their interaction and engagement with the global, hosting new guest speakers each quarter from UCSB and beyond.  The upcoming event will be hosted via Zoom on Wednesday, November 17th at 12:30pm. Zoom link is https://ucsb.zoom.us/j/84246564996 (Meeting ID: 842 4656 4996). Please see below for the featured talk:

In the nineteenth century, about a million Muslims from the North Caucasus region of the Russian Empire fled as refugees to the Ottoman Empire. Since then, the Middle Eastern diaspora of North Caucasian descent grew to between three and five million people in Turkey, Jordan, Syria, Israel, and Iraq. This talk focuses on return migration of the North Caucasian diaspora to Russia over the last 160 years. Dr. Hamed-Troyansky will examine re-immigration policies under Russia’s tsarist, Soviet, and post-Soviet regimes. Return migration stayed illegal throughout the entire period, although several exceptions had been made. The Russian government’s perceptions of the diaspora changed significantly: from Pan-Islamists to bourgeois capitalists to ethnic separatists. The relationship with the diaspora further affected Soviet/Russian foreign policy in the Middle East.

Vladimir Hamed-Troyansky is Assistant Professor of Global Studies at the University of California Santa Barbara. He specializes in global migration and forced displacement and the history of the Ottoman and Russian empires and their successor states. Dr. Hamed-Troyansky’s current book project, Empire of Refugees: North Caucasian Muslims and the Late Ottoman State, examines the resettlement of Muslim refugees from Russia in the Ottoman Empire prior to World War I. His book is based on archival research in over twenty public and private archives in Turkey, Jordan, Bulgaria, Georgia, Armenia, Azerbaijan, the United Kingdom, and Russia, including the autonomous republics of Dagestan, North Ossetia-Alania, and Kabardino-Balkaria.

I am postponing my talk, which had been scheduled for Wednesday, November 17, 2021, in the Global Studies colloquium series, in solidarity with our lecturer colleagues in the UC-AFT strike. Lecturers teach 30% of classes in the UC system, at low pay in some of America's most expensive zip codes and often without security of employment. The strength of America's best public university system depends on respect for the labor of our lecturers. More information about the negotiations between UC-AFT and the UC administration is available at the UC-AFT's bargaining website.

I look forward to our conversation about return migration, the Middle East, and Russia.