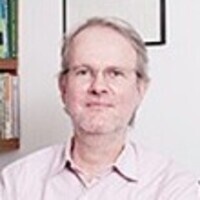 The Department of Global Studies' Colloquium Series is a lecture series, which has been made possible by the generosity of the Orfalea Endowment for the Master's Program in Global Studies.  The Colloquium Series strives to open and explore a wide range of interdisciplinary debates and their interaction and engagement with the global, hosting new guest speakers each quarter from UCSB and beyond.  The upcoming event will be hosted via Zoom on Wednesday, January 20th at 12:30pm. Zoom link is https://ucsb.zoom.us/j/84246564996 (Meeting ID: 842 4656 4996). Please see below for the featured talk:

We will discuss national institutional responses to combat the pandemic, focusing primarily on Brazil, but with an eye on selected South American countries. Country strategies were multiple and diverse. Some, like Brazilian president Jair Bolsonaro, denied the seriousness of the disease and its social consequences while others adopted WHO protocols from the start, with other countries falling in between. Disjunctives such as save lives vs save the economy, collective vs individualized responsibilities, national vs local (or province/municipalities) coordination and governance populated public debates and government strategies. And all South American countries had to find ways to deal with two common and persistent elements of the region’s socioeconomic structure: social inequality and, most important, informality. Mediating the impact of the pandemic, they skewed its most dramatic consequences to the poorer strata of the population. These consequences could have been mitigated if executive government institutions at federal, state and municipal levels had not opted for a conflictual, sometimes corrupt, and often irresponsible governance of the means to save lives and protect the economy. This includes political conflicts between Bolsonaro and some state governors around vaccines and the propagation of fake news about their collateral effects, that are increasing the proportion of the population (22%) that now say they will not take any vaccine (50% would not take the Chinese ones, which Bolsonaro and his followers believe carry nano chips to control the population).

Adalberto Cardoso holds a PhD in Sociology (University of São Paulo) and is Professor at the Institute of Social and Political Studies of the State University of Rio de Janeiro (IESP-UERJ) and associate researcher of the Observatoire Sociologique du Changement (OSC/Sciences Po). Has authored and edited 20 books on political, historical and economic sociology, including Middle classes and politics in Brazil: 1922-2016 (Rio de Janeiro, FGV, 2020) and ‘À beira do abismo: uma sociologia política do bolsonarismo’ (At the edge of the abyss: A political sociology of bolsonarismo), Author’s edition, 2020.

Thiago Peres has a PhD in Sociology from the Institute of Social and Political Studies of the State University of Rio de Janeiro (IESP-UERJ) with the thesis ‘From fervor to fever: entrepreneurship, its origins and representations’. Sociologist at the State Center for Statistics, Research and Training of Civil Servants of Rio de Janeiro (CEPERJ). Researcher at the Center for Research and Labor Studies (NUPET-IESP-UERJ) received, in 2017, the Emerging Leaders in the Americas Program (ELAP) award from Global Affairs Canada.