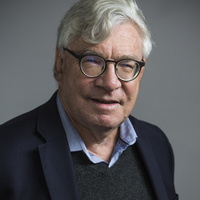 "A Fabulous Failure: Bill Clinton, American Capitalism, and the Origins of Our Troubled Times"

Professor Lichtenstein will argue that neoliberal globalization and rustbelt decline, against which Donald Trump polemicized so effectively in 2016, was hardly an inevitability at the outset of the Clinton presidency. The Republicans of the Reagan-Bush 1980s were far more ambivalent about free trade and financialization than conventional wisdom holds; more important, the Clintonites came into office with an abundance of plans for reorganizing American capitalism, from the “managed trade” designed to aid Detroit and Pittsburgh to health insurance reform and an initiative to begin the reorganization of American work life. Clinton’s failure had many sources, personal and political, Lichtenstein argues, but perhaps the most important was that his team failed to appreciate the degree to which corporate and financial power had already divorced itself from the confines of a nation-state over which Clinton presided and sought to reform.

Nelson Lichtenstein is Distinguished Professor of History at the University of California, Santa Barbara. There he directs the Center for the Study of Work, Labor, and Democracy, which he founded in 2004 to train a new generation of labor intellectuals. An historian of labor, political economy, and ideology, he is the author or editor of 16 books, including a biography of the labor leader Walter Reuther and State of the Union: A Century of American Labor. His most recent books are Achieving Workers’ Rights in the Global Economy (2016); The Port Huron Statement: Sources and Legacies of the New Left’s Founding Manifesto (2015); The ILO From Geneva to the Pacific Rim (2015); A Contest of Ideas: Capital, Politics, and Labor (2013); The Right and Labor in America: Politics, Ideology, and Imagination (2012); The Retail Revolution: How Wal-Mart Created a Brave New World of Business (2009); and American Capitalism: Social Thought and Political Economy in the Twentieth Century (2006).

Lichtenstein’s first book was Labor’s War at Home: the CIO in World War II, first published in 1983 and revised in 2002. In the 1980s through the first decade of the 21st century he was part of the editorial collective that wrote and revised the textbook, Who Built America? Working People and the Nation’s History. In 2012, and the Sidney Hillman Foundation awarded him its Sol Stetin Award for lifetime achievement in labor scholarship.

He is currently writing a history of economic thought and policymaking in the administration of Bill Clinton. With Gary Gerstle and Alice O’Connor he has edited Beyond the New Deal Order: From the Great Depression to the Great Recession, forthcoming in the Fall from University of Pennsylvania Press. Lichtenstein writes for Dissent, Jacobin, New Labor Forum, and American Prospect.