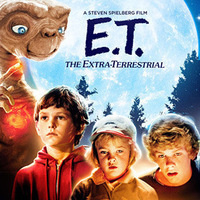 Steven Spielberg's heartwarming masterpiece E.T. the Extra-Terrestrial is the winner of four Academy Awards and one of the brightest stars in motion picture history. Filled with unparalleled magic and imagination, the film portrays the moving story of a lost alien and the 10-year-old boy who befriends him. But with a government task force determined to get its hands on Earth’s first visitor from outer space, Elliott (Henry Thomas), Gertie (Drew Barrymore) and Michael (Robert MacNaughton) team up to help E.T. escape and find his way back home. (Steven Spielberg, 1982, PG, 115 min.)

Prize Drawing
Come early for a chance to win a youth bicycle courtesy of Bicycle Bob's, among other prizes!