Rising Out of Hatred: The Awakening of a Former White Nationalist 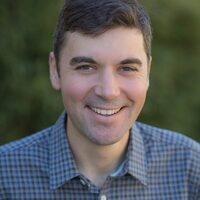 Pulitzer Prize-winning Washington Post reporter Eli Saslow reveals the human stories behind the most divisive issues of our time, such as racism, poverty, addiction and school shootings. In his latest book, Rising Out of Hatred, he tells the powerful story of how Derek Black, a one-time heir to America’s white nationalist movement, came to question the ideology he helped spread.
“Rising Out of Hatred is a disturbing look at the spread of extremism – and how it is planted and cultivated in the fertile soil of American bigotry. And yet, Saslow’s vivid storytelling also conveys that during this period of deepening racial division, there is the possibility of redemption.” The Washington Post

General Public: $20FREE for UCSB students. UCSB student tickets will be distributed at the event on a first-come, first-served basis. Valid student ID required; one ticket per ID.