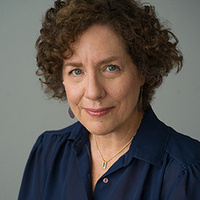 The prize-winning journalist and author of the blockbuster book The Woman’s Hour, Elaine Weiss recounts the riveting story of one of America’s greatest battles: the ratification of the constitutional amendment that granted women the right to vote. In her “gripping account… of courage and cowardice” (The Wall Street Journal), Weiss draws powerful parallels to today’s political environment. Extolling Weiss’ narrative as “both a page-turning drama and an inspiration for every reader,” former Secretary of State Hillary Rodham Clinton is teaming up with Steven Spielberg to bring this triumphant episode of American history to the small screen.

“A genteel but bare-knuckled political thriller… Weiss’ narrative is energetic and buoyant even at the most critical moments.” Ms. Magazine