Profs at the Pub 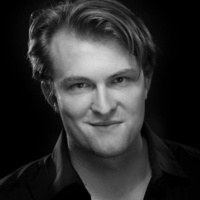 Our December Profs at the pub features Adjunct Professor James McNamara who will presenting a talk on how film and television portray the doctor-patient relationship, specifically, how patients and doctors "read" the body differently. Head down to Night Lizard Brewing Co. in December for a riveting discussion on medical practices.

McNamara has worked in TV writers rooms for the Academy Award-winning See-Saw Films, Matchbox Pictures / NBC Universal, Foxtel, ABC, and Endemol Shine, and consulted on feature films for Porchlight Films and Fox Searchlight Pictures. He wrote his doctorate at Oxford on dissection and vivisection as a means to reveal the soul, an interdisciplinary study of 17th- to 19th-century British literature, intellectual history, and philosophy.