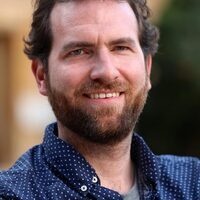 This talk examines the history of solidarity networks and relations through the lens of media and culture. Focusing on a number of recent instances in which links between oppressed communities have been fashioned through an array of media forms including YouTube videos, Twitter feeds, Facebook posts, hip hop music, and more. Greg Burris argues that media activism presents an opportunity to critically examine and challenge our notions of race, identity, and solidarity itself. Greg Burris is a film and cultural theorist whose work focuses on race, media, and emancipatory politics. After graduating from UCSB in 2015, he relocated to Lebanon where he is an Assistant Professor of Media Studies at the American University of Beirut.