Beatles Revolutions: Let It Be 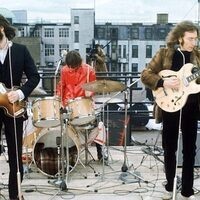 Director Michael Lindsay-Hogg’s documentary Let It Be (1970) was originally intended to showcase the band’s creative process and to represent a return to form during a time when creative and interpersonal disagreement weighed heavily on the group. Instead, the film stands as an elegy for the Beatles, immortalizing the tensions between them, as well as the virtuosity of their iconic final rooftop performance.
Musician and producer Alan Parsons will join moderator David Novak (Music, UCSB) for a post-screening discussion.
This event is sponsored by the Carsey-Wolf Center, the Center for the Interdisciplinary Study of Music (CISM), and KCSB-FM.