"Bagpiping in the Garhwal Himalayas: Music Theory and Analytical Approaches to a South Asian Tradition" with Jason Busniewski 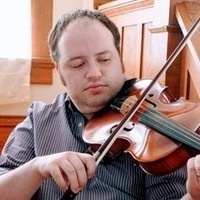 Since the instrument was first introduced to Britain’s Gurkha Regiments in the late nineteenth century, the Scottish Great Highland Bagpipe has been adopted, adapted, and indigenized to become a key part of the soundscape of India’s Garhwal Himalayas.  While South Asia’s Hindustani and Karnatak classical musics have been subject to large amounts of close musical analysis and music theoretical study, the region’s popular and “folk” musics, including those of rural Garhwal, have been largely ignored in these respects, in part due to a shift in disciplinary priorities within the field of ethnomusicology.  Following the work of Michael Tenzer and Gabriel Solis, this talk explores the possibilities of music analytical, computational, and music theoretical approaches to understanding the processes through which Garhwali musicians have indigenized Scottish bagpipes in the context of preexisting musical practices and what such approaches can contribute to the broader ethnomusicology of South Asia’s music traditions.

Jason Busniewski is a PhD candidate at UC Santa Barbara, where his dissertation research investigates the indigenization of the Scottish Great Highland Bagpipe in India's Garhwal Himalayas.  He is also an avid fiddler, performing and teaching traditional music from Ireland and the American Upper Midwest.