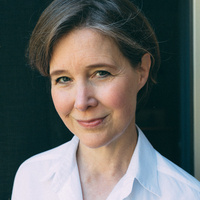 Ann Patchett is a celebrated author, devoted reader and a champion of literary culture. She has written 13 books and has been the recipient of numerous awards and fellowships, including England’s Orange Prize, the PEN/Faulkner Award and a Guggenheim Fellowship. Patchett opened Parnassus Books in 2011 and has been named one of Time's 100 Most Influential People in the World for her efforts on behalf of independent booksellers, books and bookstores. Patchett’s most recent novel, The Dutch House, was a finalist for the 2020 Pulitzer Prize. She’ll join us from “the happiest place in Nashville” (The New York Times), Parnassus Books.

This conversation with Lily King, author of The New York Times Book Club pick Writers & Lovers, will be followed by a Q&A.