Canceled: An Evening with John Leguizamo 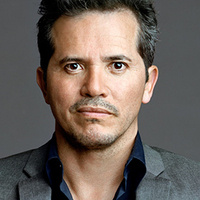 A&L regrets to announce that An Evening with John Leguizamo, originally scheduled for Wed., Feb. 2, is canceled due to the artist's filming schedule. We hope to present him in a future season.

Patrons with tickets for either of the events listed above, please use the Return Options form below to confirm how you'd like us to handle your ticket balance.

Emmy and Tony Award winner John Leguizamo has established a career that defies categorization. With boundless creativity, his work in film, theater, television and literature spans a variety of genres, continually threatening to create a few of its own. Leguizamo recently starred in the hit one-man Broadway show Latin History for Morons (now a popular Netflix special) and received a special Tony Award for his lifetime body of work. Now, he brings his irresistibly irreverent brand of comedy to a new evening inspired by his life story.