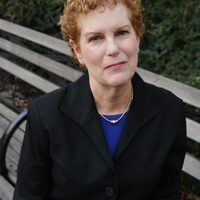 Pamela Nadell will speak on “America’s Jewish Women” in the Corwin Pavilion at 4:00 p.m. She is the Patrick Clendenen Chair in Women’s and Gender History and the Director of Jewish Studies at American University. Her most recent book is America’s Jewish Women: A History from Colonial Times to Today (W.W. Norton, 2019). Among her earlier publications are Women in American Judaism: Historical Perspectives, with Jonathan Sarna in the Brandeis Series in American Jewish History, Culture and Life (2001), Women Who Would Be Rabbis: A History of Women’s Ordination 1889-1985 (1999), American Jewish Women’s History: A Reader (2003), and New Essays in American Jewish History, edited with Jonathan Sarna (2010).