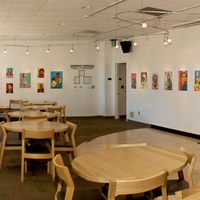 "Altering our Commitments: How to Defeat Islamophobia in the United States"

In today’s United States, Muslims—who have been here since before the nation’s founding—are routinely and repeatedly considered to be outsiders, dangerous newcomers who must tirelessly and continuously prove their loyalty to the country. Not only does this fiction that American Muslims are new members of American society distort our national history, but it also enables a way of thinking about Islam that reinforces decades of disastrous American foreign policy. In this lecture, Moustafa Bayoumi—author of This Muslim American Life, among other works—will describe the little-known Muslim past of the United States, how the Islamophobic present functions to buttress traditional American power and racism, and the surprising opportunity created by this moment to forge a new, more equitable future. Moustafa Bayoumi is a Professor of English at Brooklyn College, City University of New York (CUNY) and the author of the critically acclaimed How Does It Feel To Be a Problem?: Being Young and Arab in America.