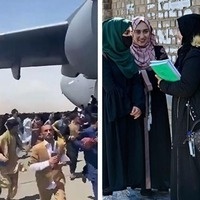 After twenty years, the end of the American war in Afghanistan was ugly and chaotic, with terrible scenes of friends and allies being left behind and of the Taliban sweeping away everything America built. Did it have to be this way? Dexter Filkins, who began covering the country before the 9/11 attacks, will discuss how the Afghan state, built at such great expense, crumbled so fast, why America’s withdrawal turned out so badly, and how–whether we want it to or not–Afghanistan may figure in our future. The message he’ll deliver contains a measure of hope: that the vast changes set in motion by the United States in that country, especially those regarding women, may yet survive.

Dexter Filkins has been a staff writer with The New Yorker since 2011. From 2000 to 2010, he was a reporter for The New York Times, reporting from Afghanistan, Pakistan, and Iraq. He has also worked for the Miami Herald and the Los Angeles Times, where he was chief of the paper’s New Delhi bureau. In 2009, he won a Pulitzer Prize as part of a team of Times journalists covering Pakistan and Afghanistan. He has received numerous other prizes, including two George Polk Awards and three Overseas Press Club Awards. His book, The Forever War, won the 2008 National Book Critics Circle Award for nonfiction and was named a best book of the year by The New York Times, The Washington Post, Time, and The Boston Globe.

Sponsored by the IHC’s Regeneration series and the Sara Miller McCune and George D. McCune Endowment

Visit the IHC event page at https://bit.ly/Filkins-IHC for more information.